The GSD is a fairly recent breed in the breeding history of dogs, having been developed almost entirely in the 1900s. In the late 1880s-early 1890s the first GSD Club, called the Phylax Society, was formed in Germany. The club survived for only a short time. On April 3, 1899, Max von Stephanitz and Artur Meyer attended one of the earliest dog shows for all breeds ever held in Germany. On that day, von Stephanitz purchased a herding dog he observed at the show, and he -and Meyer decided to form the Verein fur Deutsche Schaferhunde, S.V. Von Stephanitz was named the organization’s first president and remained so until his death in 1936. The dog he purchased that day, Horand von Grafrath (previously Hektor Linksrhein) was designated S.Z.1, the first GSD to be registered with the Verein. The Verein became a driving force in the canine world and the largest specialty club with 50,000 members and over 600 affiliated clubs. 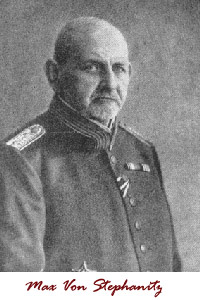 The Verein started to keep a stud book immediately (marked by an S.Z. number) and began to circulate a semi-monthly newsletter. It held annual “Sieger” shows at which one dog and bitch were selected as Sieger and Siegerin. The Verein and von Stephanitz held a tight rein on GSD breeding throughout Germany, holding jurisdiction on which dogs and bitches could be used for breeding, which could be bred to one another, the number of puppies that could be kept and raised from each litter and age limitations on breeding stock. The von Stephanitz motto “utility and intelligence” was key.

Though herding was the GSDs original purpose, von Stephanitz recognized the importance of expanding the breed’s usefulness in other directions and persuaded the government (amid some amusement) to use the GSD in police and military work. GSDs went on to become the first dogs used as Guide Dogs for the blind.

One of the most versatile and talented breeds in the world today, the German Shepherd Dog has been valued in police work, tracking, guiding the blind, drug and bomb detection, search and rescue, herding, avalanche rescue and so much more. In the 1890s, Captain Max von Stephanitz, a German cavalry officer, envisioned a superb and versatile herding dog and began a breeding program made up of the best German farm dogs available. He succeeded beyond all expectations. The German Shepherd Dog first came to North America in the early 1900s and got a huge boost in popularity here after World War I when Rin Tin Tin’s movie exploits captured the attention of the public.

The first German Shepherd registered with the AKC was Queen of Switzerland, registered in 1908.

Although starting with a common base, the breed in Germany and America has taken a separate but parallel course. The Americans, largely through Lance, and the Germans, largely through Canto and Quanto, have evolved closely-bred, although differing breeds in looks, movement, style, and structure. Both systems have cemented both desirable and undesirable characteristics into the breed. The Americans have the option to pursue their own views and choose their own bloodline courses whether from within or outside their country. The Germans, controlled by the SV, will likely continue to look within to develop the breed.